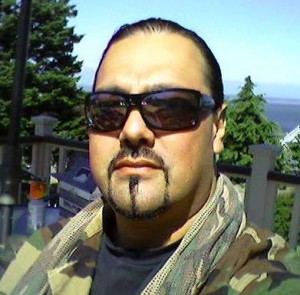 D. Stephen Benedict is the Founder, Global Shield Teams Director and Executive Director at The Defender Foundation Charity and Co-Founder of the Defender Task Force in both U.S. and European Union Headquarters.

In this capacity he has worked with Law Enforcement Agencies both Federal and Local in the U.S., and Globally. Stephen has trained, led, and fielded Rescue and Investigative Teams successfully, worldwide. He has also been instrumental in the development and training of Human Trafficking Rescue Teams for other organizations.

Stephen is also a Law Enforcement Officer in the European Union, based out of Greece, as well as serving with the Defender Task Force.

He is a U.S. Army Veteran who served in multiple units including the 2/327th Infantry of the 101st Airborne, 3/36th Infantry, 5/5th Calvary, of the 3rd Armored Division along with other military units.  Stephen has served in multiple leadership roles in both corporate and military environments.

Stephen is trained in small unit tactics which included logistics and counter-terrorism, and has qualified Expert with every weapon he ever had to qualify with. This started early with him competitively shooting in high school, obtaining the distinction of being a smallbore match Expert. Stephen is a CJSTC Florida Law Enforcement Academy graduate and ranked third in his class.

Stephen’s other experience includes being the proprietor of multiple businesses; he was a former commercial mortgage broker; a former Critical Care Nurse, a PADI SCUBA Instructor, and even a former Surety Agent.

D. is not generally comfortable with people trying to give him accolades for his accomplishments fighting Human Trafficking. He would like to state that while he may have had accomplishments, that he credits it all to God’s calling on his life. He believes he had only two options after God called him to fight Human Trafficking, to be obedient, or not.

“I have things to do, and my vision is focused forward. If you are tired of awareness without action. If you are willing to make this about the victims, and not yourself, and if you are not afraid to assault past the gates of Hell to do what must be done. If you are seriously not worried about what others may think, and don’t believe captives should stay in hell because it is too dangerous to get them out or that public opinion or support should matter when we are rescuing children.  If you can overcome that you already have too much on your plate…. If you can get past all of that and are willing to do what it takes, to be a professional while doing it, and put the lives of others in front of your own, then I have a place for you. Take a stand, or keep your seat, we are fighting with or without you.” D. Stephen Benedict