Director Hiraklis T. Sifonas brings a word class resume to the table of Defender Task Force. Herc is a founding partner of Defender Task Force and the European Union Director of the Defender Foundation charity to fight Human Trafficking. His skills and experience are much too long to list, but he has served with distinction in the Armed Forces, Worked with the Canadian Federal Government and Law Enforcement and DND for purposes of intelligence and protective services, Greek Law Enforcement, numerous Instructor titles, leadership positions in several Private Security Companies and with a business degree from Cornell and studies at McGill University in Psychology, he has helped formulate business plans for emerging security companies. Hercules served full time in the Hellenic Special Forces in Greece for 5 years as a Master Sergeant, and is still a reservist now since 2012. He also trained with John T. McAleese for years as friends and partners-John T. McAleese RIP SAS MM. Hercules started a new wave of Greek Police training. 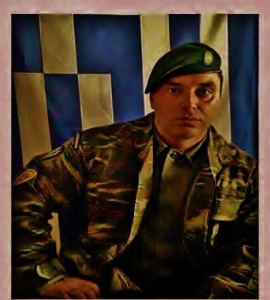 Hercules’ has a defender’s heart in his sincere quest to protect victims of Human Trafficking, especially the children. Do not doubt his resolve or sincerity in the cause of saving children. We are honored to have the service of this Champion of the Innocent.